What do you guys think of staying in a forest without any real world exposure? Isn’t it a wonderful opportunity? Yes, indeed it is. I got such an opportunity to live in a forest where you might see long and thick tress making it look like a dense forest with houses situated between a distance of minimum 2kms.

It was in the year of 2002 when me and my sisters were on annual holidays at the month of April. So we were constantly pestering our parents to take us on a trip to some arctic place. Unable to stand over our pressure they planned to send us to one of our relative who is living in the hills of Attapadi, Kerala district.
My parents took us to the Coimbatore bus stand and we got a bus to the place called Anaikatti. It was really exciting for us as we have gathered all the favorable news from our parents regarding the place. We were expecting for a place like some Ooty or Kodaikanal as my mother said it will be greens everywhere and we could also feel a cool breeze of climate all through the day and so on. 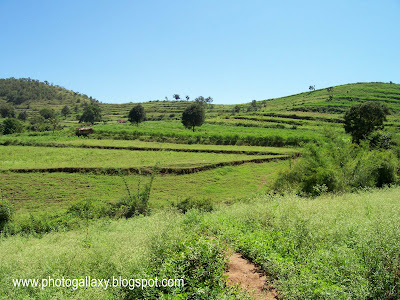 After taking up a travel around some 3 hours we reached that place and we found there only road and nothing else. On the sides we also found huge mountains with so many trees which would actually look like a thick forest during night times I thought. Then my parents hired a jeep from Anaikatti to the place Attapadi. And once we got into the jeep and started to travel I found the jeep heading towards a road amid the mountains and after a half an hour travel over the mountain we finally got down on a place where there is no more traces of any pathway and there was also no houses as far I could see. I felt a bit of fear running through my eyes and thought I am going to be dead during the night and decided to run with my mom once she starts.

Then my parents asked us to follow them in a single path which was with mud and there were so many bushes and trees where so many weird sounds were coming from and at one point of time we were walking in the midst of trees and only trees all around us. Even if someone kills us we could not get escaped from this place I thought. Then we suddenly came across a stream where the water was flowing just like the silvery threads with a sweet sound and the place was so calm without a single distraction and I could hear only the sound of the water flowing as a crystal clear. 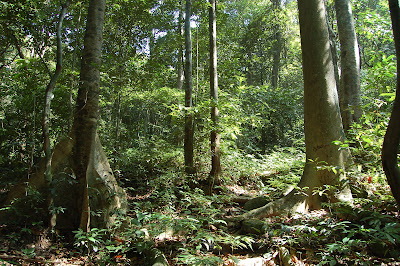 We were still walking by crossing the stream in a crooked path and when the path is wet we were probably getting slipped down and struck deep within the mud which made us feel irritated and all our dress was a mess. Then after half an hour walk we finally saw a small hut which is where we are going to stay for a week. HELL NO I thought loud. I have never been in a hut before and after all these walk in this dense forest how could I stay there. Never!

We were greeted with full of smiles by the old grandma and grandpa who lived there all alone. And there was no electricity as well. And it slowly started to get dark outside the hut. We were sleeping tiil 7 p.m as we were quiet tired over our long walk in the woods. When I woke up I saw the hut was lit up with a kind of lantern and the dinner was kept ready. And know what? The rice they offered us was just so hard and big unlike our city rice. But in that hunger state I was not able to investigate all those things about the rice and so we speedily engulfed what was offered to us. And it was a high time that I have to pee. But I was really afraid to go out as I already heard those weird sounds of animals at night. So I asked for help from my mother and when I came out I was dumbstruck. It was pitch black and I could not make out even a single thing which is kept out there. A sudden sting of fear caught my nerves and I hurried inside the hut saying I will not go out. So that grandma accompanied me with the lantern and I was half-hearted and somehow came fast running back.

I was not able to sleep even for a minute as my entire heart and mind was like haunted. And suddenly around the midnight I heard a sudden thud of nice over the hut and as the seconds passes the sound was becoming faster. So I woke my mother and I was literally crying to her regarding the sound. And at that time the grandma got up and asked me come lets go and see like that. I was already in fear and when she called I said no. But she allegedly took me with her outside of the hut. And there I saw a big elephant and one small one standing and making those sounds. And when the elephants noticed the grandma coming it stopped making noise and came to the entrance of the hut and stood like a little child which made me astonish. The grandma gave some bananas and was speaking to the elephant as “hey can’t you see who has come to our home? It’s our relatives. See this kid is frightened hearing the sounds you made. So better be quiet for few more days and don’t disturb these kids ok” like that. I am not sure whether the elephant understood or not. But it was standing quiet in front of her and after she returned into the hut the elephants started moving back somewhere in the dark. It was an extra-ordinary scene which I could never see in my whole life. 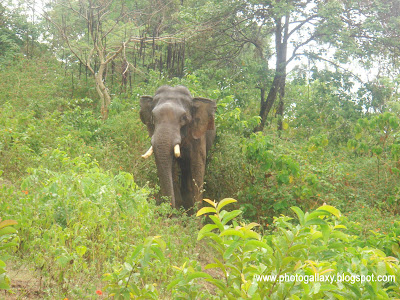 The next day I said to my mother that I will not stay there alone and so asked them to stay that day alone and the next day we all can go back home. After so much of pleading my mother accepted and so me and my sisters were quiet happy. After having the breakfast the grandma said we can go to the stream for bath as the water would be clear and we could have some time to pass there. So we were happy about it and we took all our things and started with grandma.

After so many collapse due to the wet mud we finally reached the stream and found it such a mesmerizing scene and I really felt bad that I have forgotten to bring my cam to capture all these lovable memories. So we all started to play in the water which was flowing towards the stream and we were advised not to go near the slopping places of the stream as we might get slipped and get washed away with the force of the flowing water. So we were playing in the water safe and secured for more than an hour. In the midst of this the grandma asked me to take care of my sisters as she is going for getting jackfruit from the tree which is near to the stream. I too accepted it and we were playing happily and all of a sudden one my younger sister started screaming as SNAKE! SNAKE! 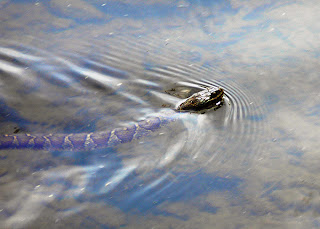 I was under a big shock seeing the snake which was around 4 to 5 feet in length and it came floating in the water and as we were playing in between the stream flow it hit my sisters leg first and passed to my other sister and rounded her leg slowly and when it started tightening her leg only then she realized that there was a snake. And as she started screaming for help I was not sure of what to do as it was the first time in my whole life I was seeing a snake of such a length which is so near to us. And after few seconds I got back to the reality and somehow managed to say her not to move and be silent as it would not harm us.

I know it’s a lie but I just made up my mind saying that and I rushed for the grandma for help. In the meantime a person from the tribal community who came by that side saw my sister drenched in fear with the snake that is crawling over her leg. As he approached her my other sister cried out for his help and though she could not understand the language he spoke she somehow managed to say what has happened. And after some kind of techniques which I am still unaware of, the person let my sister freed from that snake and he was waiting for our arrival like a guardian angel. And when I found my sister safe I was into tears as I was into hell of fear and literally crying with a thought that the snake would kill my sister. 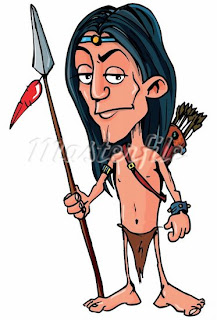 And when I remember this incident now I regret for one thing, it’s that I haven’t even thanked that person who saved my sisters life and I was busy consoling her and speaking her about this. If I get another chance I would like to wish that great Samaritan a big thanks.

After this incident even our parents got a bit of fear and so we stayed there that night and the next day early morning itself we were on the bus for Coimbatore with such a terrific experience.

This post is written for the Indiblogger contest:
http://www.mahindraxuv500.com/ 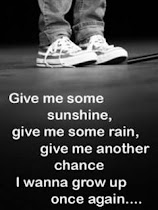 Maya
Coimbatore, India
Mission Impossible!!! You can never delineate me how hard you try :) Am an amateur blogger trying to filter up my thoughts that mumble upon my mind ever since I was born… But I am not only this… There are lots more to know about me… Drop in to my page to get to know about me much better ;)